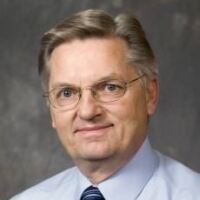 Notably, Dr. Spencer was a Fulbright Scholar in Vietnam in 1997, as well as an Alcuin Fellow at Brigham Young University in 1997. His research is in macroeconomics and econometrics focusing on alternative theories of business cycle fluctuations and econometric methods used by macroeconomists. He also played a key role in establishing the BYU Macroeconomics Computational Laboratory (MCL) in 2012 with professors Kerk Phillips and Rick Evans.​