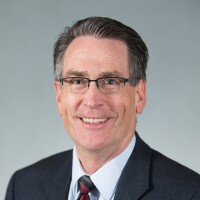 
C. Arden Pope, III is the Mary Lou Fulton Professor of Economics at Brigham Young University. He received his Ph.D. from Iowa State University (1981), was a Fellow at the Harvard school of Public Health (Environmental Health and Public Policy, 1992/93), and is an Honorary Fellow of the American College of C​hest Physicians (FCCP Hon, 2008). He has taught and conducted research dealing with various natural resource and environmental issues. He has collaborated on a series of seminal studies on the human health effects of air pollution. He has also played prominent roles in reviewing and interpreting the literature and is one of the world's most cited and recognized experts on the health effects of air pollution. He has served on various scientific advisory, editorial, and oversight panels, boards, and committees, including U.S. EPA Science Advisory Board and chair of the U.S. EPA Advisory Council on Clean Air Compliance Analysis. He has also been the recipient of honors and awards including: Thomas T. Mercer Joint Prize from the American Association for Aerosol Research and the International Society for Aerosols in Medicine (2001); Utah Governor's Medal for Science & Technology (2004); BYU Distinguished Faculty Lecturer Award (2006); and Gardner Prize, Utah Academy of Sciences, Arts, and Letters (2014).

Pope CA III, Dockery DW. Air pollution and life expectancy in China and beyond. (Invited commentary). Proceedings of the National Academy of Sciences of the United States of America (PNAS). 2013;110(32):12861-12862.